My name is Ion, you can pronounce it eye-oh-in or eye-owen, I tend to pronounce each letter, but my father says it in two parts like the second pronunciation. I’m not really sure where the name comes from, my dad says he made it up and well, here I am. I was born in the states and raised in Northern California, in a small town called Arcata.

My father’s mother is Japanese, originally from Nagoya. When she was five years old she was adopted by a white family who would beat her if she spoke in her native language, the only other thing my dad has told me about her is that her real name is Michiko, not Judy. My grandma and my dad have never been close, so I’ve never really gotten the chance to get to know her, and when I have met her, asking about her/our heritage wasn’t a welcome conversation. My grandpa is Dutch and that is about all I know about him. 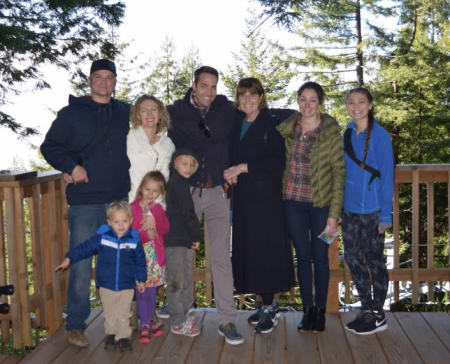 On my mother’s side, I have absolutely no idea. She left my dad and I when I was about a year old so she and I have never been close. It felt taboo on both sides to ask about “who” or “what” we are. It was difficult in a lot of different ways growing up knowing next to nothing about my heritage, ancestors, traditions etc. All I had was this fact that I am part Japanese.

The town I grew up in was predominantly white. In middle school I could count on one hand, possibly two, how many mixed or non-white kids went to my school. When I was younger I never even thought about people having different ethnic backgrounds, so when I was told “You look different” or “You look ethnic” or asked “What are you?” I was always super confused. When I started high school I was probably the most confused, everyone is figuring out who they are – I felt like I had twice as much to figure out. Where did I fit in?

I felt guilty at times even associating myself as mixed – am I really Japanese enough to consider myself Japanese? I don’t look all that Asian, just enough to be told I look a little “different.” I’ve experienced white privilege, but I’ve also experienced racial bias, slurs, and judgment for being part Japanese. I was embarrassed of my own awe and wonder of East Asian culture because of my lack of knowledge and experience of something I’ve always wanted to be apart of.

I was scared of being rejected by Japanese people because of my lack of knowledge, and because I’m only 1/4 Japanese. It was hard to find a place I fit into, there weren’t many people who understood where I was coming from, and I had no one to help connect me to this missing piece of myself because no one in my family ever wanted to talk about who we were. And I didn’t know any Japanese people.

Then the most amazing thing happened: I got older, became more independent, more confident with myself and more accepting of who I am, and I realized that the only person holding me back from learning more about who I am was none other than myself. So I moved.

I moved to Santa Cruz, and even though Santa Cruz is not the most diverse town, it’s almost four times bigger, and more diverse, than my hometown. I see Asian people daily, it’s amazing to me. People here ask “You’re part Japanese, aren’t you?” It made me cry the first week I moved here. I finally get to make friends with people who understand what it feels like being confused and almost guilty about considering yourself mixed. I can finally surround myself with people who I can learn from.

It’s one of the best feelings to finally accept yourself for who you are and have the determination and confidence to want to learn more about your own culture. It’s still hard at times but every day gets easier and easier. I remind myself daily that it’s okay not to know everything about Japanese culture and not to be embarrassed by that lack of knowledge, because everyday I am trying to learn how to embrace and honor that part of me.