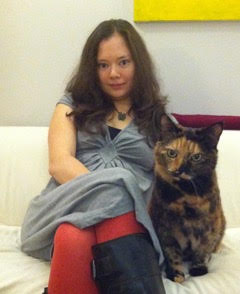 Upon reading the submissions of others on this website, I immediately felt a kinship that I’ve been so lacking in my everyday life.

My story is probably like so many others. I grew up in the middle of America and every day I experienced racism of some form, being called pretty much every racial slur there is. Some even confused me because I didn’t see what they saw in me.

I considered myself an all around American. I went to private school, played sports, lived in the country, and drove a truck—not to mention had a southern midland accent. But none of those things seemed to matter when I couldn’t take a walk down the street without someone yelling obscenities at me, or when I’d get singled out at a store and followed around, making sure I didn’t steal.

I got it from whites and blacks. I only mention those two groups because that’s all I saw in the small town I grew up in. I even had to switch schools after 3rd grade because the bullying was so bad.

I grew up with my grandparents. Grandma was stereotypically “white” with blonde hair, fair skin, and blue eyes and my grandfather was Lebanese. I had a love/hate relationship with my ethnicity. Some days I would look in the mirror and wish I looked more like my grandmother and other days I wished I looked more like my grandfather. I didn’t fit in anywhere.

Most of all I got called Asian, and I didn’t know why. It wasn’t until later when I got curious enough to actually take a DNA test that I found out I was this:

Perhaps their slurs were right this whole time.

I fell into denial. How could I be part Asian? I don’t know my father, so maybe it was from him. Either way, I couldn’t believe that all those hateful people had been right. I’m slowly growing to accept it.

But it’s not what defines me. I’m still an all around American and feel even more so because of these results. Everyone is mixed to some extent. But others, like myself, stand out a bit more, which can make other people uncomfortable.

Social media and seeing more people of color on TV has made a big difference and I believe that the generations that follow will have a happier and healthier mental environment to prosper in.

To help cope with the PTSD of my childhood experience, I turned to writing and art. To read more about my experience visit laurenhage.com.