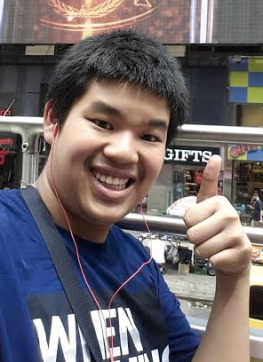 So hi guys – I was totally elated when I found this site!!

Born in Tokyo and growing up in El Paso, I know how it feels to be Hapa in the midst of two very homogenous communities.

My father was introduced to my mother by a mutual friend while tutoring Japanese students in Spanish privately. They developed a romance, and from there on it led to marriage, nine months of pain, and then pop! Out came me.

For the first eight years of my life I lived in Tokyo with my parents. I had to endure laughs, stares and derision from the other kids at school. They were afraid of touching me as they feared my skin tone was “infectious.”

And then the decision was made for me to live with my grandparents in El Paso. So, quick flight via Los Angeles and here I am now. Years of public schooling has been…normal to say the least. 75% of the kids are white (odd for a Texan border town school) and those who aren’t white band together. Sometimes I have to resist the urge to slap the random passerby spouting insults like “beaner!”

God’s grace has me inheriting my mother’s eyes but my father’s tan. People often assume I’m Polynesian or Mexican. My loving grandparents tell me to ignore those people. I hope someday racism will be wiped ofd the face of the earth.