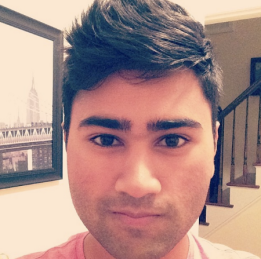 Hello! I was born in Northern India but I immigrated to the United States when I was 6 months old and have lived in the US and Canada my whole life. I am ethnically Indian, but my father is half Nepali (through my grandmother) and my mom has partial Persian heritage.

During my early childhood, I mostly considered myself American and was not proud of being different even though I wasn’t made fun of at this stage.

After 9/11, in my middle school years, I was made fun of much more for having a foreign appearance, although the insults were diverse since people couldn’t figure out of I was Middle Eastern, Indian, or East Asian. I was born with very East Asian features but became tanned as I got older, so even I have confused myself ethnically!

It wasn’t until high school that I learned I was part Persian, and even being part Nepali wasn’t discussed until when visiting India my uncle told me that my grandmother was actually born on the Nepali border and came as an infant to India. This sparked my interest since I always felt homogenous but realised that I am more diverse than I had previously believed.

Today I am very proud of being Hapa. I took it upon myself to learn Persian in university, and now I speak it better than my parents’ language (Urdu). All in all, I speak French, English, Persian, and some Urdu, and I identify with being a global citizen rather than having nationalistic feelings towards one place. I listen to European music, drink a lot of Persian tea, eat Asian and Middle Eastern cuisine and have travelled to 21 countries so far. I hope my life broadens my mind to incorporate even more of the world’s cultures into my lifestyle!