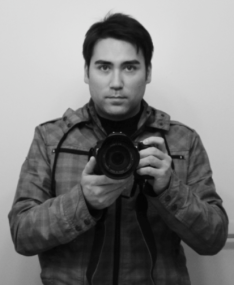 My name is Jeff Chiba Stearns and I live in Vancouver, British Columbia.  First and foremost, I am a filmmaker, animator, documentarian and artist.

What I am not is half – nor am I a fraction or stuck in between a hyphen.  Personally, I don’t like fractions because I’ve learned that when I break myself down into halves or eights others perceive my multiethnic identity as weak or diluted.  I’m neither this nor that but if you squint really hard I probably could be.

And even if some people see me as being mixed, or mixed race, or double, or bi-racial, or multiracial or multiethnic – I consider myself pretty complete.  For me, being mixed does not mean I am mixed up…and if I do refer to myself or others as being mixed, I’m usually referring to being beautifully blended both on the inside and out.

When I want to feel a sense of community I’ll refer to myself as a Hapa or a hafu or sometimes I’ll feel more of a sense of community referring to myself as a human.  At any point, I like that I can choose to identify with anything I feel like; my ethnic heritage, my background, my culture, my nationality, my philosophical views, my age, my music, or my hairstyle.  I like to make media about my identity because I feel it’s important to meditate on existence.  For me, existence is identity and filmmaking is meditation.  I think it’s important to question who you are constantly because it is a large part of existing.

I’ve accepted that as long as there are borders and boundaries people will always be curious why we look different.  Thus, I don’t mind if people ask me “So, what are you?” as long as they’re okay with me asking them “So, why are you wearing that hideous jacket?”  In 2005, I had a chance to explore my multiethnic identity in my short ‘hapanimated’ film, What Are You Anyways? This little animated film would take off internationally and forever label me a mixed-race advocate.  Even after all these years, I’m still not sure how I feel about being called a mixed-race advocate…

Although, being a so-called mixed-race advocate helped mature my thoughts on multiethnic identity and I realized the importance to continue creating media on subject.  Multiethnic people are thirsty for media that reflects their experiences and identities.

Thus, I recently finished a feature documentary entitled One Big Hapa Family that questions why everyone in my Japanese Canadian family married interracially after my grandparent’s generation and how their mixed kids perceive their unique multiethnic identities.  So, after 31 years of existence I talked to my parents for the first time about their marriage.  They told me that they do not see themselves as being in an intermarriage – they just see themselves as a Canadian who married a Canadian.  I like that.  I wish the world were more like my parents.

Sure, I don’t speak Japanese but neither does my mom.  I’m fourth generation Canadian (Yonsie) and I have no idea who my family is in Japan.  Although, I do believe it is very important to know your history and heritage but I think it’s more important to know yourself first.  Sometimes I look in the mirror and ask myself if I am an ethnic minority or a person of color or if I secretly wish there was a Hapa Island.  Then rub my eyes and realize that the Canadian government already classifies me as a visible minority and there are Hapa Islands…they’re called Hawa’ii and I’m not from there but it is a nice place to visit.

After much contemplation, I have decided that my next two documentaries will deal with topics of multiethnic identity and I have come to terms with being a mixed-race advocate. The first of the two documentaries will be entitled Mixed Match and will explore the need to find mixed ethnicity bone marrow and cord blood donors to donate to multiethnic patients suffering from life threatening blood diseases such as leukemia.  For the film I’ve partnered with Mixed Marrow to help raise awareness for this important issue.  After meeting some patients, I already know this will be the most difficult film I will ever make and I’m ready….