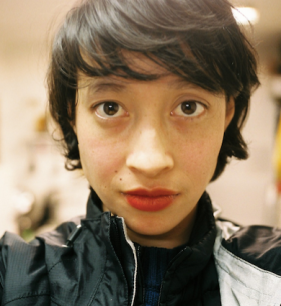 My name is Amy, and I identify as Japanese and Caucasian.

My mum is Japanese, and my dad is Caucasian – Scottish and British. My brother and I were born in Australia, where we grew up and still live. The area we grew up in, in Perth, was predominantly Caucasian, I remember being one of the only non-white kids at my primary school. When my dad would walk around with my brother and I in public, people couldn’t seem to fathom where this white man had gotten two Japanese kids from.

Fortunately I was rarely bullied at school, though once a kid asked me, “why is your nose different?” – my friend (who had just recently migrated from the Czech Republic) stuck up for me. My school lunches (peanut butter sandwiches, rice with nori and furikake, etc.) seemed to cause some confusion amongst my peers. The high school that we attended was much more multi-cultural, a relief. 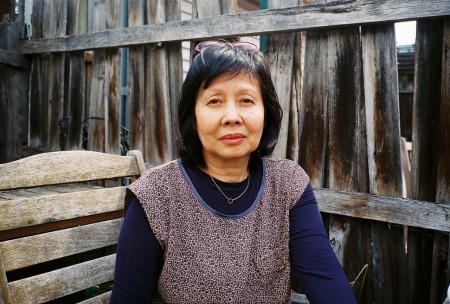 My parents met in Perth. My dad had previously lived in Japan for several years during the 1970s, teaching English and learning Japanese. My mum had grown up in Japan but moved to Chicago, before coming to Australia. When my parents got together, my dad’s estranged father and his family were very unimpressed at my mum being a Japanese woman. The rest of his family were welcoming, though. My mum’s family were also apprehensive, though when they met my dad and realised he could speak Japanese, they accepted him warmly. Luckily, I’ve never felt any discrimination from either side.

Sometimes I resent the fact that neither my mum nor dad taught me to speak Japanese. I have taught myself a little, and have been visiting Japan every year for the past few years. I feel like, though my Japanese family are so caring and inclusive towards me, I am missing out on speaking with my grandma – as well as feeling unable to participate in Japanese culture very easily.

Often in Australia, strangers will ask me variations of: “Where are you from?”. This almost always happens when I’m in a service role, like when I worked at a cafe. People would sheepishly premise the question with, “Well… we were just wondering if we could ask you a question…”. It made me feel uncomfortable that they’d obviously been discussing it amongst themselves, though I always retorted by asking them to guess – which often made them in turn suddenly uncomfortable, or wanting to change the subject – a good tactic.

In Japan people stare at me, though are not discriminatory (as far as I can tell).

In Melbourne, I haven’t experienced much blatant racism towards me, though it certainly has happened. Sometimes, someone will spout some anti-Asian rubbish in front of or to me, not realising I’m Japanese (though, if someone spouted something vilifying any race, I’d give them a piece of my mind). I’ve also had people greet me in Mandarin, or describe me as “exotic”. More vaguely, I often hear people describe things as “oooh, very Japanese” (I don’t know what this means, exactly, but I think they were trying to say “brutal, yet delicate,” or something, but accidentally used a sweeping cultural generalisation).

But, no probs. I feel affinity with Caucasian people, Japanese people, combos, whatever. It’s all good stuff.