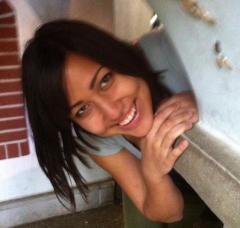 I was born in California in 1990, where my Chinese mother met my Italian/Serbian-American father while she was waitressing at his favorite Chinese restaurant in Orange County. Shortly after I was born, my family moved to Pennsylvania.

I grew up embracing my Chinese heritage—it was easy since my parents signed my brothers and I up for a plethora of classes ranging from Chinese language to traditional Chinese dance and painting (which my brothers were miraculously excused from). 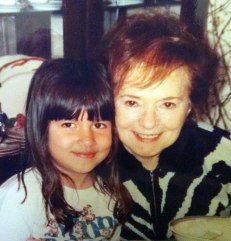 My mother also kept in touch with her friends back home in Taiwan and Myanmar (where she attended school and was born, respectively) so I often heard her converse into the wee hours of the night, a foreign language lullaby, to account for the time difference.

We also got to visit those countries once every few years; they seemed worlds different to a young girl who grew up in the land of Kraft macaroni and cheese and McDonald’s.

We celebrated both Chinese and American holidays. My family attended Lunar New Year celebrations with the local Chinese association where I also performed my Chinese dancing and singing routines. Participating in these celebrations with other children, many of whom were also multi-racial or were adopted by American families, made me feel like a normal part of my community, but also opened me up to the wonderful idea that every family has their own story.

One thought on “Chinese, Italian, Serbian”