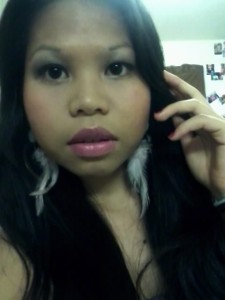 Hi, I would like to share my story. I was born in a village called Quang Nam Da Nang in Vietnam, which is in the middle of the country near Hoi An. I was raised by my mother and older sister. I never met my father or know who he was.

I was placed in an orphanage in Hoi An after my mom died from an illness of some kind, and later got adopted by an American dad. He and I flew from Vietnam to America where his family lived in North Carolina. I was about 8 years old when this happened.

I have been a citizen in America for almost 11 years. When I moved to America, it was tough to get along with other kids in school and family. I had to learn a lot of new things, be smart, and work hard in everything that I did.

All I know is that I am half Vietnamese and I believe I could be a mix of British, American, Russian, French or Chinese. Although I never met my other relatives. I’ve always identified myself more comfortably as European rather than Asian. My taste in clothing and lifestyle is very much like the European cultures. I would like to live in Europe someday, somewhere like England would be nice. But I do like Asian food though and that’s really the only thing I can identify with as being part Asian.

It’s so cool that each one of us is created uniquely. Embrace yourself for the way that you look and think because there’s only one of you so be proud of who you are!