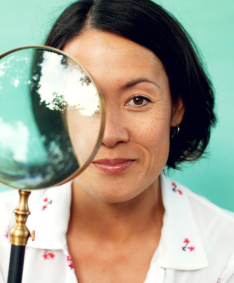 Growing up, I identified more with my Korean lineage since I and my twin brother were raised by both my Korean mother and grandmother. My Irish-American father passed away when I was just two.

Chicago was my birthplace until moving to NorCal in my early 30s. Chicago is still what I consider my hometown (but those winters—ouch!) I definitely was in the minority growing up — a primarily Italian/Polish neighborhood. However, I never once felt out of place. I was lucky.

Only until my early adulthood and venturing out on my own into little towns, a few hours away from big-city-living, did I feel the slant of a stare or hint of an insult. Those parts unfortunately probably still do so today.

Perhaps because I am older, maybe a tad bit wiser, and a mother, do I think more about what makes me… ME and how my lineage is reflected in my son. I find that I am more drawn to my Irish side in the last decade and find much fascination between Korea and Ireland. Both faced tremendous suffering in year’s past with occupation by England (for Ireland) and Japan (for Korea).

Yet both of my heritages have proven its zest for life through their culture, arts, foods, lifestyle, tenacity for rebuilding after devastation and dare I say: kickass ability for song and drink (which lucky for me, are in my genes too). I find it curious too that both Korea and Ireland have a native soup, a simple broth made of seaweed: miyuk gook in Korea and fresh kelp soup made from carragheen (Irish moss) for Ireland. Both penninsula-shaped countries were known for their fisherman and farmers (potato—though sweet potatoes in Korea). And need I say more: cabbage and kimchee.

One day, I shall see the green hills of my forefathers and the flowering trees of my motherland. Until then, I love being Hapa, and that of Korean-Irish.