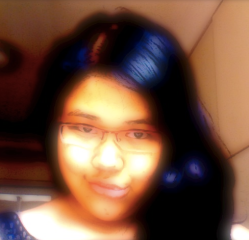 Hi, I’m Vera. I live in Singapore, a country with passion for multicultural and racial harmony. However in my parents time and when I was a child, such a family was frowned upon as wrong or just plain weird.

My father is of Indian and Ceylonese descent, but he’s unable to converse in in any of the Indian dialects since he grew up in a Chinese community. My mother’s a little more complicated – her grandmother was from Bali, Indonesia and her grandfather of English ancestry. However, in Singapore, such a blend is simply known as “Chindian.”

I’ve always been proud that I have most of Asia in one body and it’s done a lot for the kind of work that I do. I travel quite a bit and often the places I go (Cambodia, Vietnam, Indonesia) I share similar features with them so it’s not that hard to blend in.

I always love teasing people whom I don’t know by going with my mother, who is super fair, and brother, who is a little dark, to public places and when we start calling her ‘mommy’. People immediately turn around 180 degrees to get a good look at whether they were seeing right or what. Hah~!

But, there have been a fair share of struggles, like I’ve been mistaken time and time again as a domestic helper for my mother, grandmother or aunts. Which can get a little frustrating…

But all in all, it’s been quite a ride and I’m kinda stuck now, cause who on earth knows what kind of race my children will be?