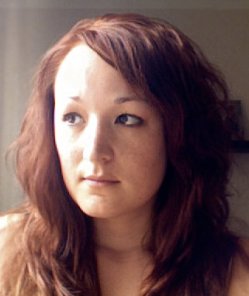 My name is Anne Tsuyako Funayama.  My father is Japanese and my mother is Swedish. I feel more Swedish than Japanese. I don’t speak Japanese — I can say a few words but more like a tourist visiting Japan.

I didn’t have any problems growing up here in Stockholm, Sweden. I don’t think I ever heard anything about my looks. Where I grew up, a lot of my friends were half Swedish and half something so it was never an issue to anyone. Not even when I was among only Swedish people did I hear anything improper. Some are curious and ask where I’m from and when I tell them they just find it very fascinating.

I would have loved it if my father had spoken Japanese with me and my siblings. It would be easier for me when I visit my relatives in Japan. They haven’t said anything about me being mixed either and they are from a small area in Yamagata. I have tried to study Japanese but it’s very hard to learn all the grammar. It’s very frustrating knowing that I could have learned Japanese for free and speak fluently.

I’m very proud of being half Japanese and I hope my (future) children will have some Japanese looks too.