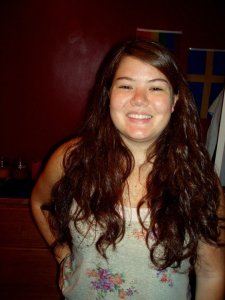 My mother insisted that I keep in touch with my Chinese roots, but my father said that since we live in America, I should be totally “Americanized.” There was always a constant pressure to pick one or the other, and growing up I tried to maintain that I was neutral towards my ethnicity and that I didn’t care.

It was disturbing to me that I not only felt pressure from my parents to pick an ethnicity, but my college applications, forms, grants, and loans also wanted me to pick out what I was. Hispanic, Pacific Islander, Caucasian, African American, or Other. And then I had to describe the Other.

It was frustrating that I had to pick only one term to define who I was to other people. Then it dawned on me that I was annoyed about just picking one race to describe myself because that’s not how I felt; I wanted to be both. So when people ask me today what I am, I tell them I’m half Asian and half American. It’s something unique about me, something that is deeply a part of who I am, and no college application can change that.